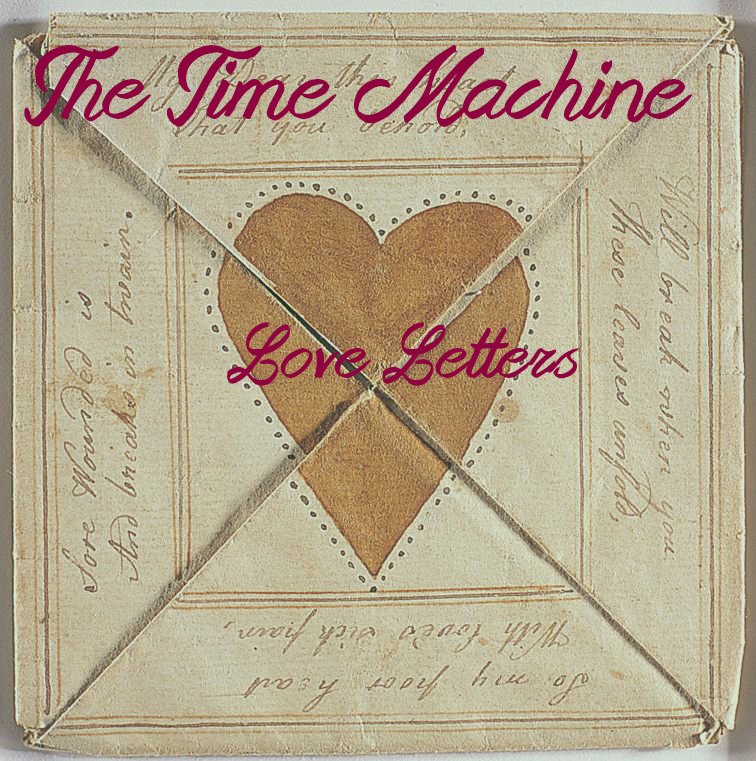 Ahh, Valentine’s Day, the holiday only some people can celebrate, while the rest of us pretend not to be bitter about it.

One of the mainstays of Valentine’s Day, and indeed, romantic love as a whole, is the love letter. 💌

It’s actually been a holiday much longer than I, for one, expected.

There were a number of possible Saint Valentines, so I won’t go into that. The first time we know of that romantic love was associated with the date February 14, however, was by Chaucer in his poem, Parlement of Foules in 1382, written for the engagement of King Richard II to Anne of Bohemia.

“For this was on seynt Volantynys day
Whan euery bryd comyth there to chese his make”.

“For this was on St. Valentine’s Day, when every bird cometh there to choose his mate.”

Which is, of course, silly, because birds don’t mate in February. So that suggests that Valentine’s Day became associated with love because Richard chose that day to propose, not because the saint has anything to do with lovebirds (pun intended. It’s a punny holiday).

Valentines poetry and the valentine as a form of love letter–as well as the title given to the recipient of the letter–is also a big part of the tradition, since that time.

The first recorded valentine in all three senses, came from Charles, the Duke of Oleans, to his wife, Bonne, in 1416, and is titled ‘A Farewell to Love‘ (He was being held at the Tower of London after being captured at the Battle of Agincourt. He was released, but 25 years later, and she died somewhere between 1430-5. SO IT’S STILL SAD.)

Because this is my blog, and there will be gratuitous Shakespeare references.

Ophelia, From Shakespeare’s Hamlet, mentions St Valentine’s Day in one of her crazy scenes, railing against Hamlet and possibly describing the loss of her virginity. The Faerie Queen, by Edmund Spencer (1590) boasts the first instance of the ‘Roses are red, violets are blue’ trope with:

“She bath’d with roses red, and violets blew,
And all the sweetest flowres, that in the forrest grew.”

To be followed by the full thing we now know, found in Gammer Gurton’s Garland (1784):

“The rose is red, the violet’s blue, The honey’s sweet, and so are you.
Thou art my love and I am thine;
I drew thee to my Valentine:
The lot was cast and then I drew, And Fortune said it shou’d be you.”

Which brings us right up against the era that I want to discuss, as Magic Beans takes place more or less in the Viehlish equivalent of 1799.

In 1797, a book was published in the UK called A Young Man’s Valentine Writer, which helped the bumbling young swain compose love letters by offering suggestions on lines to use. Now, I couldn’t find this one online, but I did find the full text of one from possibly the 1830’s, which…is just so damn schlocky. There were dozens of these writers, some produced annually, like dad joke books, with updates and new lines. The horror! There were even some for ladies, who were enterprising enough to go after their valentines, rather than wait to be asked. Some provided lines the gentleman should say, accompanied by acceptable responses from his intended. If anyone knows where to get your hands on any genuine ones from the 1700’s, do let me know. I’d be fascinated to see one close up!

Paper valentines cards, or mechanical valentines, were already being mass produced, but you could still make or purchase the nicer ones with real lace and ribbons.

Also, there’s a thing called Puzzle Purses that I just found out about (see Featured Image above), which seem to be mostly and American thing, but they’re relevant to the period, and I definitely need to look into them more. They seem to be folded up letters that form different pictures and wording, depending on how it’s unfolded or put together. They’re really…something I should already be obnoxiously nerdy about, and I’m slightly annoyed with myself for dropping the ball. So expect a blog post this time next year about them, and also keep an eye out for them in a story one of these days. Johanne would LOVE them, and Sulat would certainly come up with some shifty use for them.

But anyway, it’s kind of always been a thing. It wasn’t invented by the candy companies or whatever, to sell more chalky Necco products and truffle samplers.

But drowning your beloved in purple prose and awkward rhymes weren’t, and never have been, exclusive to one day a year. The 1700’s saw a flood of letter writing, comparable to the volume of today’s digital communications. People were writing letters constantly. Often, the first act of the day would be catching up on letter writing. This was also the Enlightenment, when it wasn’t enough to think or feel something, you had to fully understand why you felt or thought something, and be able to express it accurately and economically. So the outpouring of affection at this time wasn’t only ardent and passionate; it was earnest, honest, and direct.

Perhaps the best example of this type of letter comes to us from Jane Austen herself, and while it is fictional, it does definitely fit the style of the era. This is, of course, the letter from Persuasion that Captain Frederick Wentworth writes to Anne Elliot. (Fun fact: Persuasion just turned 200 at the end of last year).

The letter is pretty famous, almost as popular as Darcy’s, ‘You must allow me to tell you how ardently I admire and love you’ line from Pride and Prejudice. It comes at the end, when Wentworth can no longer hide the feelings he’s harboured (ha, pun) for so long. This is the one with the line, ‘I am half agony, half hope.’ In it, he insists that he has been faithful and in love since she broke off their first engagement 8 years previous, and that he can’t deny the hope that her feelings for him haven’t faded. It’s fervent and intense, with an almost manic desperation, yet with a surety that if she has moved on, he will accept it and leave her alone. Which is refreshing, in a way. He uses phrases like ‘I offer myself to you again with a heart even more your own’ and ‘Dare not say that man forgets sooner than woman, that his love has an earlier death.’ It’s easy to see why even in a heavier, more serious work like Persuasion, Wentworth has gone down in literary history as one or the greatest romantics.

But, of course, Jane Austen was, in part, a romance writer. (She was other things, of course: a trope-smashing satirist, a genre-challenging feminist, a chronicler– but, I mean, there are a lot of weddings. It’s not an insult.)

There are a number of similar letters from real life people as well. Some of our own Founding Fathers wrote love letters that survive to this day.

James Madison, not known for being a man of words, wrote this to his wife, Dolley, in 1805:

Yours of the 1st. instant, my dearest gives me much happiness, but it can not be compleat till I have you again secure with me.

Granted, the rest of that letter is mostly news from the government, which was even too dry for me (I can only imagine how quickly notorious party-girl Dolley skimmed it), but bless him, he tried.

Thomas Jefferson’s letters to Maria Cosway in 1786 are a bit more like it. It has become known as the Head and Heart Letter because it is 4,654 words long and consists almost entirely of an argument that Jefferson dictates between his logic and his feelings. It begins:

Having performed the last sad office of handing you into your carriage at the Pavillon de St. Denis, and seen the wheels get actually into motion, I turned on my heel and walked, more dead than alive, to the opposite door, where my own was awaiting me.

It’s interesting to note that Maria Cosway did respond (though I can’t find it online), but she sounded confused and didn’t seem to know whether Head or Heart won the argument. In any case, she is a character I’m going to have to look more into when I get a minute.

I feel a history crush coming on…

But. You guys, you’re in for a treat.

My absolute favourite letter writer from the early 1800’s was none other than Napoleon Bonaparte, in his letters home to his wife, the Empress Josephine. They are so childish, so clumsy and awkward, it really makes me feel for poor Josephine. (Napoleon was fine, his ego can withstand my mockery. In fact, the letters were intercepted by the British at the time, and published in newspapers. So, he knows we know.)

I’m going to post a few of my favourite lines. (By the way, there’s a book about the letters, so if anyone has $45-$1500 they have just lying around and want to get me an early birthday present I’ll cherish FOREVER, it’s on Amazon).

Without his Josephine, without the assurance of her love, what is left him upon earth? What can he do?

How happy I would be if I could assist you at your undressing, the little firm white breast, the adorable face, the hair tied up in a scarf a la creole.

Adieu, adorable Josephine; one of these nights your door will open with a great noise; as a jealous person, and you will find me on your arms.

I shall be alone and far, far away. But you are coming, aren’t you? You are going to be here beside me, in my arms, on my breast, on my mouth? Take wing and come, come… A kiss on your heart, and one much lower down, much lower!

And then he’d switch, in the same letter, and hurl insults at her, claiming that he hated her, berating her for not writing as often, or only responding with ‘six lines of nonsense,’ or calling her a ‘naughty, gawky, foolish slut.’ 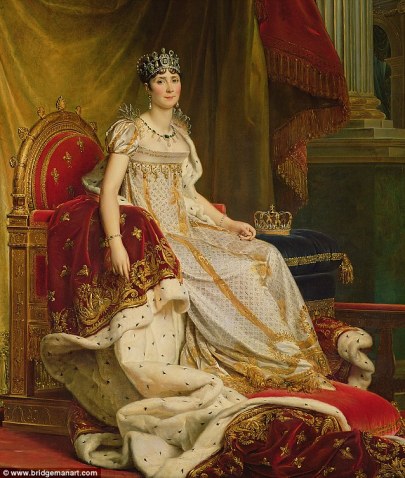 He divorced her five years after making her empress, yet insisted that she continue to use the title, and indeed, his last words were,

France, the army, the head of the army, Joséphine.

So, that’s all for me tonight! The Jane Austen Centre in Bath, England, has considerately posted a guide to writing a Regency love letter, if you feel like your Valentines game needs a little sprucing (it also has the full text of the Wentworth letter). It looks like a lot of fun, I may try my own hand at it later, addressed to myself, of course. #selflove.

What are your favourite love letters, from this era or any others? Have you been so lucky as to receive one?

A blog about writing, food, witchcraft, and science.

A daily selection of the best content published on WordPress, collected for you by humans who love to read.