Well, I’ve talked about myself a little, and while this is an author’s site, an author isn’t much without a story.

I have many stories in me, and many more in the queue, but the one that’s got all of my attention right now is Magic Beans.

Magic Beans started off with the idea that the story of Jack and the Beanstalk was told from the wrong perspective.

If you think about it, Jack is actually the least interesting character of the story. He’s just a poor farmboy who gets swindled. He doesn’t actually have much to do in his own story. His mother (accidentally) plants the seeds, then he climbs the beanstalk, as any boy would do. He steals from the giant, as any starving poor boy would do. And he runs from the giant, as any of us would do. Then it’s his mother who chops down the beanstalk. In a story with a magic beanstalk, two giants, a goose that lays golden eggs, and a magic singing harp, why are we focused on the little boy who possesses no real distinguishing attributes.  He’s an Everyman, sure, but I suppose I expect more from my fairytale heroes. 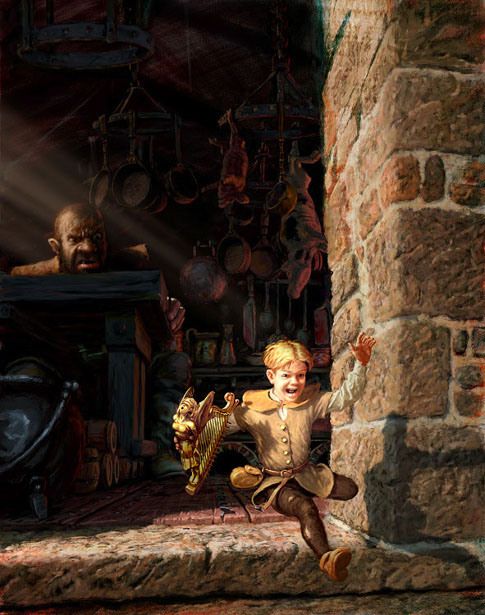 But the beans, though, that’s where the story gets interesting. We know that they grow giant beanstalks, but is that all they do? Is it coincidence that the beans grow stalks that are so big they reach to a cloud where giants live? Where do the beans come from? How did the man come by them? Why was he willing to sell magic items for a sick old milk cow who was on her way to the tanner. That’s the equivalent of trading a car for a pair of holey shoes.

You’ll have to wait for the book to get the answers. 😉