Well, we’re humming right along, aren’t we? April is finished, and with it, my fourth book of the year, bang on schedule. Last month, I read Touch the Dark, by Karen Chance, as recommended by a friend, for the April theme of ‘a borrowed book.’ Here’s how it went:

~This post contains an affiliate link. If you’re interested in this book, please consider purchasing through the link provided. It gives me a little bit of Jeff Bezo’s filthy, filthy lucre because writing full time is expensive, and he doesn’t need the money for more joyrides in space. :-)~

So, as you’ll recall, I’m doing a ‘12 Months, 12 Books’ reading challenge.  My friend has been hammering me mercilessly to read the Karen Chance books, so last month, I buckled. I actually did finish before the end of April, but then a mysterious stomach bug kicked my butt and set my schedule back a few days.

Meet Cassandra Palmer, an orphaned human clairvoyant who was raised from a young age by a vampire gangster named Tony. Due to a series of rebellions in her youth and quite a bit of open opposition as an adult, Tony now wants her dead, and is willing to go against the Vampire Senate, as well as his own master to do it. It is revealed that a war between pretty much every supernatural race you can imagine is set to erupt, and Cassie must decide who to align herself with: the human war mages who want her dead, or the vampires who she knows she can’t trust because they don’t see her as anything but a pawn, but who might have information about her father, who she suspects survived the car crash that left her in Tony’s care. 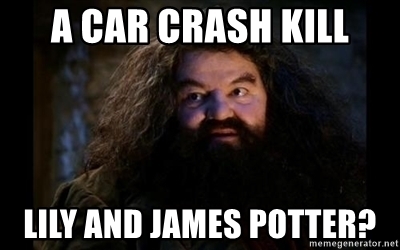 Cassie isn’t just any clairvoyant, she can see ghosts, which not even vampires can. She has a haunted necklace with a gambler cowboy, named Billy Joe, attached to it. He’s a great help as a scout, serving as a spy and friend, and he’s full of folksy charm and old-fashioned quips.

When she meets the illegitimate son of the Louis XIV, Louis-Cesar, she discovers that time travel is also something she can do. Her talents multiply and strengthen at an alarming pace until her destiny finally reveals itself.

The major themes are the nature of belonging and trust: she’s torn between the mortal humans who she knows want to kill her, and the self-serving vampires who want to say her so that they can use her. She struggles with her own identity, piecing together the broken shards of her own history, while weighing the veracity of the information she’s receiving.

Now, I have to admit up front, I’m not a big fan of vampire stories, especially the more modern kind. If I have to muck about with the undead, I prefer them animalistic and primal.

The Undead, as God intended

Although, I will admit to having my soft spots.

I mean, who doesn’t, though?

Touch the Dark is decidedly the latter, with suave-as-hell vamps like Dracula’s brother, Mircea, Louis-Cesar de Bourbon, the painter Raphael, Cleopatra, Kit Marlowe, and such infamous names as Rasputin and Jack the Ripper. It is undeniably smooth.

While the subject matter isn’t to my taste, I can’t find anything to fault in Karen Chance’s style. It’s tight, crisp, with an intellectual honesty that doesn’t gloss or obscure the graphic bits. Her chapters are on the longish side for me because I have a short attention span and A MILLION BAZILLION things to do all at one time, but there are only 14 of them, so suck it up and stop bitching, Avon, my god. I also can’t fault her research and understanding of history, which is something I will fact-check down to the molecular level, as well as her treatment of historical figures. That’s one of the benchmark of historical fiction–you gotta have recognisable figures, and you have to get them right.

I also like her treatment of supernatural laws. She has a few details and tidbits about vamps and ghosts and satyrs and things that I haven’t seen done before in other works of supernatural fiction, so I tip my hat to her creativity.

All in all, though I wouldn’t have picked this book without a recommendation. I did enjoy it, and I can see myself reading more of her books in future.

Next month is Pygmalion, by George Bernard Shaw. Growing up, I was a HUGE My Fair Lady nerd, and my sister says the book is almost verbatim. The theme this month is ‘Books you should have read in school, but didn’t’ and while Pygmalion wasn’t on the list of reading at my high school, someone on Goodreads says it was on theirs, so that’s good enough for me.